Man or Real Man…Conversation With My Son

After coming home to running around getting some items for my youngest child’s surgery and the complications she had with it. Walking into the house the same way I left it, and breaking out in tears. My son asked me blankly, ”

I went on and on about how just ONCE i would love not have to literally do every single thing inside and outside my home, work on my car, put oil in check the power steering fluid, pump the gas, mow the lawn, attempt to put up broken storm door, feed the cats, do everyone’s laundry, fold, and put away (2 weeks later) do my own electrical and take my 2 to doctors appointments 90 miles one way! And hold down a job, pay all and every single bill, attempt to keep the corners of my mouth up in a smile that is forced so they don’t see I’m crying inside, trying to hold all my pieces together with super glue…..(the Brady Bunch episode comes to mind the broken vase…)

Finally after he says whats all this about mom! I choose to always keep things real with my children. Shall I say with my last 2 anyway.  If I try to hide all the time, that’s being something i am not which is fake. So I answered him with this reply, “Son sit down. You know how children are made, and that it takes a man and a woman. The B I B L E defines marriage and even pretty much how children are made. IT TAKES 2. I was married when I conceived and had 2 of my children. I can only do so much without the glue peeling allowing pieces of me to fall away”. I also let him know, “son just because you have a penis does NOT make one a real man. Because now a days you can even have that added on.” Of course that went above his head. So I broke it down more, ” A real man, will hold your door open or help carry the groceries in. A real man will never forsake his children no matter what. A real man will work as the Bible says else he be a cast away. A real man will stand tall and proud because he knows he’s doing the best he can with what he has.  A real man will not leave the mother of his child to take a job when he is leaving not only the mother but the child knowing that mother was too dependent on that man because he did would do more than his fair share taking a job seeing them a few days a month because of a job and is in the family way again even though they are a “couple”.  A real man will HONOR the mother of his child(ren), if he’s not married to her he would make her an honest woman not treat her like a ….” . Well my son asked why I told him all of this. As honestly as could without more tears, ” I said son, you are right I am your mommy, I do not know how to raise a boy / young man and I do the best I can but you are correct some things I just don’t know because I am a woman. I want you to know the difference between a REAL MAN and just the man, so that when you become of age you decide you want children “. He stopped me right there and said, “Mom, I will be married first and I will be the daddy I always wanted so I know mom what you mean and I know how hard you try. You don’t need to worry about when I grow up. I know the difference. A real man will defend his wife a real man will protect his family, a real man will be a dad to his kids and a husband to his wife and love her so she wont have to cry.”

I couldn’t be more speechless than I was then and quietly asked him to measure some doors so he can look for a door an know the measurements and a few other things I handed over to him. I don’t deserve to have such an amazing 13-year-old boy who has been with me through everything and his mind and heart are so innocent and once in a while although less and less he will have his PMS pre man syndrome appear, then promptly resumes back, to that tender person who always helps anyone he see’s struggle even me with his hug for the 1st time right after his younger sisters surgery there he was hugging me saying “mom it will be OK, you’re a good mom”.

So to the Real Men I say thank you for your wisdom and courage to face the difficulties in life and to the men that believe that the appendage between their legs makes them a man but choose to run from their responsibilities, well prayers go up for you and hope one day you will realize the difference and get / make it right between your legs dangling there does not make you a real man it gives you a bad name, and dishonorable in God’s sight! 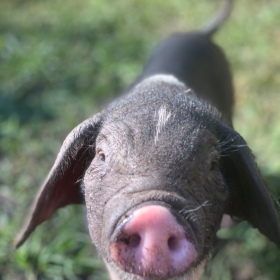