These days things are so simple!  I mean we have technology for our technology.  I looked over to my 14 year old daughter who is in the middle of a enthralling conversation on facetime with her friend.  She looks at me as she’s talking, applying lip gloss and facetiming her friend.  She proceeds to tell me, ” Mom shhhhhh, I’m trying to do my homework.”  Me, thinking to myself, ” Who the heck is she talking to”.  After rolling my eyes I say, “hey isn’t there a text to type app on this computer!”

And then I was propelled back to the days when we had only the simple type writer and not the fancy electronic kind….ok we had those bulky electronic kind, but it should count for something that I learned on one of those typewriters that we had to push that bar to the left after the end of a sentence!

I remember the days of no microwave and our moms used to cook dinner. Yes children, once upon a day there were people in the stone ages who actually had to use these things called cookbooks and people had to use simple math in order to double recipes and had to melt butter either overnight or on the stove.  there were no microwaves, no “cup o noodles”.

When we wanted to know something really quick, we had to look it up in a dictionary or encyclopedia!  I know its really hard to believe but there was no Hey google, no ask Alexa, no search it Siri, nope it was just a simple life!  And imagine the look on my kids face as I tell them the horror of WHEN CELL PHONES DIDNT EXSIST!  If your car broke down or you were stuck at the movie theater you had to find a payphone and pray you weren’t late or past curfew because you knew your parents were up at 10 waiting for your return home!

Honestly when I think about the 80’s, they were the best days of my life (so far)! I have 3 children and two of them have #aspergers #autism and seriously back then I don’t believe there was even such things such as Asperger’s because we were all out in the yard playing building forts and using this cool thing call our #imagination! Since being kept in the house with only 5 local channels on TV was virtually punishment for us back then, we were too busy having fun outside and playing in dirt to be bored.  Now I know dirt seems dirty but guess what, ITS FUN to play in dirt and make mud pies!  You don’t know what your missing for real.

Just reminiscing of my #childhood and young adulthood has been a form of therapy for me and makes me want to “punish” my #children with 5 channels and NO REMOTE!

Life before #YouTube is real peeps and there is an entire world waiting for you to enjoy it again.  So before you go complaining about there not being anything to do, or see, or your #wifi isn’t working or its “laggy”, think about the good old days of past when there was only your imagination to keep you entertained and you had to use it. I too will remind myself that there wasn’t always such a thing like talk to text when typing and I will learn to appreciate these small things and not to always take for granted the luxury of them.  I will remind my children that playing outside is not a punishment but an enhancement of their childhood and that one day they indeed will thank me. 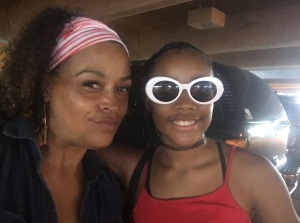 so I’ve written long enough and choose to go outside and breathe life in as I inhale this fresh “ish” air and appreciate my beautiful life! 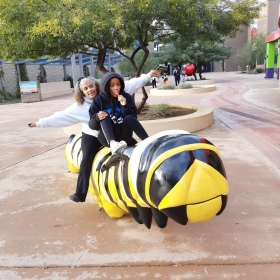